Women for Independence and Malawi

WFI National Committee member Cathy Ratcliff (pictured below) is an expert in international development and regularly visits Malawi so when she raised the issue of work that women were doing in Malawi on their own version of a similar document to the WFI Womanifesto, we were keen to learn more and to see where we could make international connections.

Cathy writes below about the work Malawian women have undertaken and the links that we are building with them.

Women for Independence has spent 2 years thinking about, consulting on and producing the Womanifesto, to be launched soon in an uncertain political environment. Over the same period, Women’s Legal Resources Centre (Wolrec) in Malawi did almost exactly the same in Malawi.

Wolrec, founded and led by Maggie Banda (pictured below) , took various organisations in Malawi through a process of reviewing the problems that women and girls face, consulting with women in rural and urban areas all over Malawi, holding a Women’s Assembly, identifying key manifesto demands, and drafting a Manifesto. The resulting Women’s Manifesto launched on 28th March, in Lilongwe, Malawi’s capital city, 2 months before the Malawian general election on 21st May.

When Women for Independence realised that our two countries were working in parallel to produce two women’s manifestos, this consultation and drafting process of both WFI and Wolrec was nearing completion, with planning for launches underway, and first drafts nearly written. A comparison of the Wolrec draft with the Womanifesto brief showed many similarities, and presented opportunities to support each other.

WFI National Committee member Lesley Orr (pictured below) grew up with tales swirling around her household, of Malawi’s independence in1964 and the part that Scotland played in it; she has met and known many of the Malawians and Scots who played key roles in that part of Malawi’s history and its later history and I travel to Malawi for work 3 or 4 times a year. So Lesley and I brainstormed ideas, and I met Maggie Banda in Lilongwe in January. 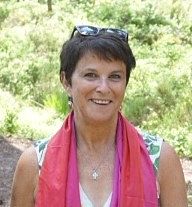 Maggie too was keen for Wolrec and Women for Independence to support each other’s manifestos, and the next WFI National Committee meeting enthusiastically agreed to this mutual support.  So Women for Independence sent a Message of Support to Wolrec for the launch in Lilongwe. We brought the Malawian launch to the attention of our First Minister’s office. And Wolrec plans to send a Message of Support to the launch of our Womanifesto.

Of course, the contexts in Malawi and Scotland are different, but perhaps not that different… Look at this paragraph from the introduction to the Malawian manifesto:

“The need for this manifesto arose as a response to the inadequate action by Government and other duty bearers to comprehensively address concerns affecting women in all sectors of the Malawian society. It takes into account the historical disadvantage that Malawian women have suffered in accessing meaningful political, social and economic development. Further, the Manifesto concretizes the issues affecting women and girls and draws attention to the women’s needs and factors that would enable women to actively participate in matters affecting their lives and equally benefit from the country’s development programs. This Manifesto is therefore aimed at expressing and making known women’s voices, rights and aspirations.”

Sound familiar?! Also the Scottish Womanifesto’s four themes of Economy, Food, Health and Wellbeing and Human Rights are similar to those in the Malawian manifesto – economic empowerment, agriculture, access to resources, health, education, marginalised groups, access to justice, violence against women, women in politics and governance and social and cultural issues.

While many problems in Malawi are undoubtedly of a different scale to similar problems in Scotland (illiteracy, maternal mortality, child rape and HIV incidence, for example), perhaps the main common theme is women realising that the way to tackle such problems is through self-organising and politics.

Since the issues are similar, so too are many demands similar. WFI will be watching to see how politicians respond to the Malawian manifesto, as the election in Malawi comes closer, and we’ll be watching out for possible collaboration. Malawian and Scottish women supporting each other may give us some interesting results…!