Our National Committee member Sue Lyons who lives in the Highlands writes about how women in Caithness are being treated worse than cattle.

Caithness mums are still being treated worse than cattle as this wee video from the Caithness Health Action Team web pages highlights.  We saw the issue of Maternity Services in Caithness raised at First minister’s Questions last week and  I have blogged before about the impact of changes that NHS Highland have made to the maternity services in Caithness but still the situation is not improving. NHS Highland remains of the opinion that things are just fine and continues to disregard the voices of the women that it is supposed to care for. 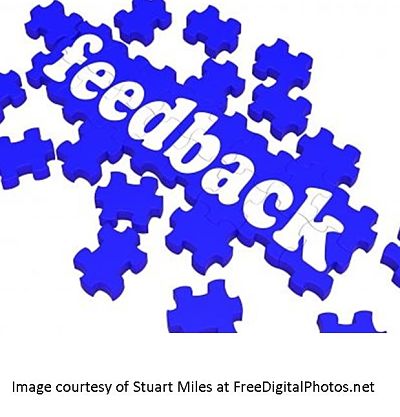 The campaign group CHAT - Caithness Health Action Team - has tirelessly raised these issues again and again. They are not demanding a return to what there was, we must always remember that the review of maternity services came about as a result of the loss of a baby and be mindful of that tragedy but the service that NHS Highland have put in place is not meeting the needs of anyone else except NHS Highland.  Where we would hope to see innovation and engagement, we see an NHS Board which appears to be going through the motions of listening but in reality is devoid of ideas, devoid of patience, lacking in an understanding of the issues faced by pregnant women and dismissive of the long term impact of the experiences of women.

As a result of the changes in services in Caithness we saw three stories hit the media last week. The Sunday Post ran the story of Emma Moffat.   Emma spent 8 hours travelling whilst in Labour, five weeks early.  Imagine how worried and scared she must have been and then to end up at a hospital miles and miles from her home.

Susan Robertson has also spoken out about the concerns of pregnant women in Caithness. I was fortunate to meet Susan last time I was up in Wick. What she says here echoes what I heard about the fears of women travelling to Raigmore to give birth. Fear of the journey, feeling forced into choices that they would not make otherwise, disempowered, silenced and ignored.Cassandra Mcphee had an awful time too. Shunted around the country like a parcel she finally gave birth in Kilmarnock.  All her journeys were by road and started with the ambulance breaking down at the top of the notorious Berriedale Braes (below). 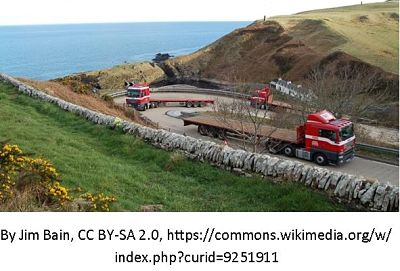 Today, almost all babies from Caithness are born in Raigmore. The policy is that all high risk pregnancies are referred to Inverness. That makes sense right, until you realise that last year over 90% of pregnant mums from Caithness delivered in Raigmore. If we  compare this to places that we might consider even more remote than Caithness - Orkney and Shetland for example - It appears that around 30% of births are taking place outside the islands. There is nothing particularly different about the women of Caithness from those anywhere else in the country and yet many more births appear to be classified as high risk leading to them taking place out of the county. These figures raise questions about whether the classification of mothers as high risk is less not a clinical decision but a resource driven policy to force mothers to see Inverness as the only option for their delivery.There is also some evidence that mothers are experiencing clinical interventions in their pregnancies in greater numbers than previously. A FOI request showed that in 2015, 48 Caithness Babies were induced in Raigmore and 11 in Caithness General. 25 of those babies were over 40 weeks. By 2017 78 were induced in Raigmore  - none in Caithness - and 68 of those were prior to 40 weeks. Information from mums themselves suggests that women are being brought in for a ‘sweep’ on their due date, even when they are not high risk pregnancies or overdue.  CHAT’s Facebook page has example after example after example of women who are being induced and many believe that this is in order to meet staffing, or operational issues rather than because it is a clinical necessity. In addition some women are opting for inductions as they are frightened of giving birth on the A9 so being admitted early and being induced means they don’t have to face that. We know that labour following an induction can be harder, more painful and women are saying they have been unable to have their partners with them during this time. Research also shows that women who are induced can end up with C- sections more frequently than those starting in labour naturally. We know that stress during birth can lead to the need for more pain relief, it can also trigger post natal depression, and lead to adverse childhood experiences for the child. We also know that spending hours in a car seat is a health risk for a newborn baby and yet this health risk is dismissed by NHS Highland who said they will help to ensure baby is placed properly in the seat and give advice and think that this is ok.The lack of capacity at Raigmore has also been highlighted. This last few weeks the neonatal unit has been full or they have been struggling with Staff shortages or norovirus. Now many of these cannot be foreseen but the arrival of almost all Caithness births at the creaking groaning maternity services at Raigmore is adding to the problem. We now hear that a consultant obstetrician who criticised NHS Highland’s plans for Caithness Maternity Services has resigned. Given the difficulties in recruiting medical staff we have to wonder - What’s going to happen now? And this is not even discussing some of the issues that I mentioned in my last blog. Lack of dignity for women who have to share ambulances, lack of toilet facilities for women travelling up and down the road - labouring women having to pee by the side of the road, limited pain relief, the potential for delivering  in the back of the car or in an ambulance whilst parked up by the side of the A9, the scarcity of accommodation for mothers and partners and the economic cost of being away from home. The list is almost endlessThe Scottish Government has a clear view on how maternity services should be supporting women in Scotland today. The Best Start paper sets out quite clearly  what the aims are for services in Scotland over the next five or so years. It  starts by setting out a vision for maternity services in Scotland. The very first thing it says is that

“All mothers and babies are offered a truly family-centred, safe and compassionate approach to their care”.

This is absolutely not what is happening in Caithness just now. It is clear that in 2018, women in Caithness have no choices over the way they have their babies, no opportunities to have what they want and the control over the delivery of their children is taken away from them. This surely, is completely unacceptable. The situation in Caithness is unsustainable. It is outrageous that in the 21st century women are actively seeking to move away from the area if they want to have a family or are limiting their family size because of their fear that they will not have the best healthcare - that they will be treated worse than a cow in calf. NHS Highland must begin to listen properly to women in Caithness and look at how they can work with these women, with CHAT to design something which changes things for mothers and babies. There is so much more I could write about this but sisters, the women of Caithness need our help. They need us to speak out about what we as women and mothers expect from our maternity services. We need to prevent this campaign being dismissed as women wanting a more ‘convenient’ experience and remind those people that this is much much more than that. Women in Caithness need to feel supported and know that we are in their corner. They need us to encourage women to speak out about the failure of services to provide the care we should be able to expect. They need us to make sure that the Scottish Government hear the true experiences of women in Caithness, understand the fear and the hardship women are facing and hear us demand better for all women, especially those in rural parts of Scotland. We need to support the women in Caithness as they struggle to make sure their voices are heard. You know, many big hospitals have moved away from huge ante natal clinics, big labour wards because it was deemed that women were being treated like cattle. How ironic is it that in the 21st century, the Women of Caithness would quite like some of the protection offered to cows in calf to apply to them? If you are in Highland or Aberdeen then we have mums in Raigmore and Aberdeen Maternity Hospital who are arriving with no one to support them. We have women coming for ante natal stays in hospital, for emergencies, some for the treatment of miscarriages, some with babies in the neonatal units who have to walk into these hospitals alone and stay -sometimes for days or weeks with few, if any visitors. Actually we have rural women arriving in hospitals all over Scotland in similar circumstances. Often their partners have to stay behind to look after their children or are working away from home when they are admitted. Sometimes they are weeks away from home with premature babies and their partners need to return to work. Sometimes they are single parents and have no partner, often they are scared, worried, anxious and alone. We can at least help with this. 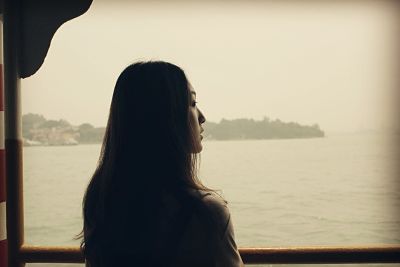 I think it would be amazing if we had a network of women who could support others who find themselves isolated and alone. Some areas may already have this service but if you think you could pop along to meet or visit a pregnant women arriving alone at a Hospital and help to reassure them then email me and we will see how we can make that work. Women supporting other women. That’s what Women for Independence does so well and this is a call to arms sisters.  We cannot let this continue. [email protected]