Maree Todd MSP made some tablet for some care experienced young people.  The Tories took exception to this and The Herald spun a story around the Tories.  One of our members has written an open letter to Maree Todd and asked WFI to publish it. 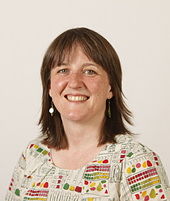 Travelling to work this morning, I didn’t expect to be stopped in my tracks.  If you told me that I’d be stopped by some Scottish tablet, I’d never have believed you.  As I scrolled through the news on my phone however and saw the story about you making tablet for care experienced young people and the ridiculous reaction it received from Tory politicians and The Herald , that is exactly what happened.

It probably seems silly to most people that this should physically stop me from functioning.  I am now an adult but I was a care experienced young person.  I had difficult times which left me feeling isolated and with low-self esteem. Sometimes though there would be magical moments where someone did something for me out of kindness and not because they were being paid to do so.  Not that I am criticising people paid to care although some should not have been in those jobs but there was a difference when someone did something out of kindness alone. 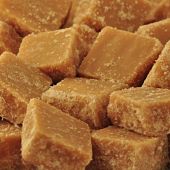 When I read how the Tories and The Herald had reacted to your kind actions, it brought back all those feelings of worthlessness that I have tried to get over.  According to them, care experienced people didn’t deserve a sweet treat on holiday, made because someone cared.   I wanted to find a corner to cry.  Through no fault of their own, care experienced children and young people were being singled out as undeserving of a treat.

It’s right and proper that children and young people are given good, nutritious food but it’s also right and proper that they receive special treats from time to time.  When I was young, the thought that someone would care enough to make this as a treat would have meant a lot to me.  That lovely glimpse of how there were people out there caring, looking out for others because they chose to do that and no other motivation.

I wouldn’t want to speak for care experienced children and young people now.  I love that their voices are beginning to be heard and starting to be at the heart of policy making.  I think I can safely say though Maree,  please never change.  Keep making tablet and caring.  Thank you for the recipe too!

The woman who wrote this is known to WFI but has chosen not to be identified publicly.

The tablet recipe can be accessed here.

The Herald article can be accessed here.