One of our 2016/17 National Committee members Julie Bell was a witness to the referendum in Catalonia and reflects on the experience and what has been happening since. 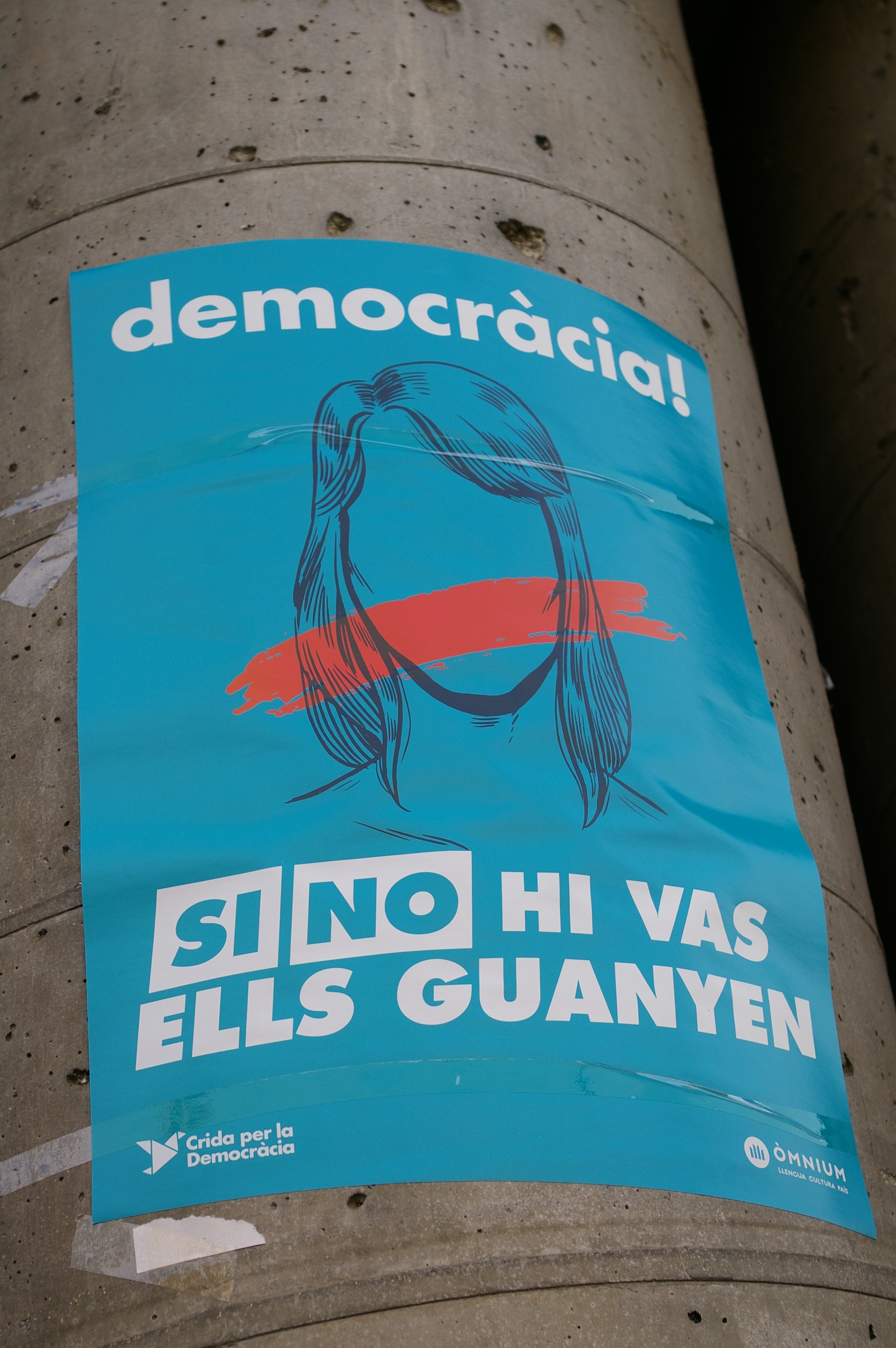 There are clear parallels between Catalonia and Scotland: that we know.

I went there with a group of friends, as individuals, not in any formal representative capacity, for their independence referendum on October 1 to show solidarity, yes, but also because I wanted to capture some of their energy to bring home, and because I had seen many photographs of older women, right at the forefront of their campaign.

As a member of Women for Independence | Independence for Women, I was delighted to see this demographic engaging fully with the independence vote. I know many of the statistics here show older people, women in particular, are either not engaged in the debate or remain in favour of staying in the union. I know the scaremongering about pensions and the NHS put them off the idea of independence. I also know how many older wise women of different nationalities there are in WFI.

The young woman who let us into our apartment explained that at 10pm every night, we were to take to our windows and bang our pots and pans. It’s aye the women…

I met a young tour guide called Anna, as we walked along the city wall in Girona.

‘What is it about independence that makes older women seem to want it so badly? And what about younger women?’ I asked.

‘These are The Mothers,’ Anna told me. ‘They are The Mothers of the new independent republic of Catalonia and they are at the front. They remember Franco; they want to be free.’

We in WFI recognise this: we are The Mithers, or as some social media wag described us: the Maws. We are in this for our children and our grandchildren.

And young women? ‘We are just all in this together.’

What was starkly obvious was the high level of engagement with young people in this referendum. In the day-after demo in central Girona, at which the local firefighters were hailed as heroes, the crowds parted to allow a procession of students to come down from the university.

Their palms were open and painted white in peace: no weapons were hidden here and no fists were clenched.

Crowd chants included a Catalan translation of ‘the streets will always belong to us’, a French revolutionary song. It was a peaceful revolution.

And what do The Mothers think of this? ‘If the young people don’t want this, then there’s no point.’ That’s a stark reminder that our young people are not as engaged as they should be or in sufficient numbers. Another chant we heard was ‘Get off your knees’.

The memory of Franco and the far-right impinges heavily on the debate. The first thing we had heard on arrival in Girona was that 12,000 Guardia Civil had been deployed to Catalonia. Whilst we were in Girona, we heard news of right-wing demonstrations in Murcia and Andalucia, with Nazi salutes and chants suggesting Spaniards want to ‘mow down’ Catalonians.

We met an Irish academic and his German friend who is a lecturer at the University of Girona: they took us to visit a polling station, the day before the referendum. The community had organised a sit-in so that the police couldn’t close off the premises – this happened in all polling stations.

Ballot boxes and ballot papers were hidden and expected to be delivered before dawn – we arrived at ‘our’ adopted polling station at 6am and witnessed the peaceful protection of the school annexe by the community, and the boxes and papers duly arrived at 7.20am to rousing cheers. The local police – the Mossos d’Esquadra – have a station half a block away and four or five officers quietly smoked and drank coffee at the street corner. 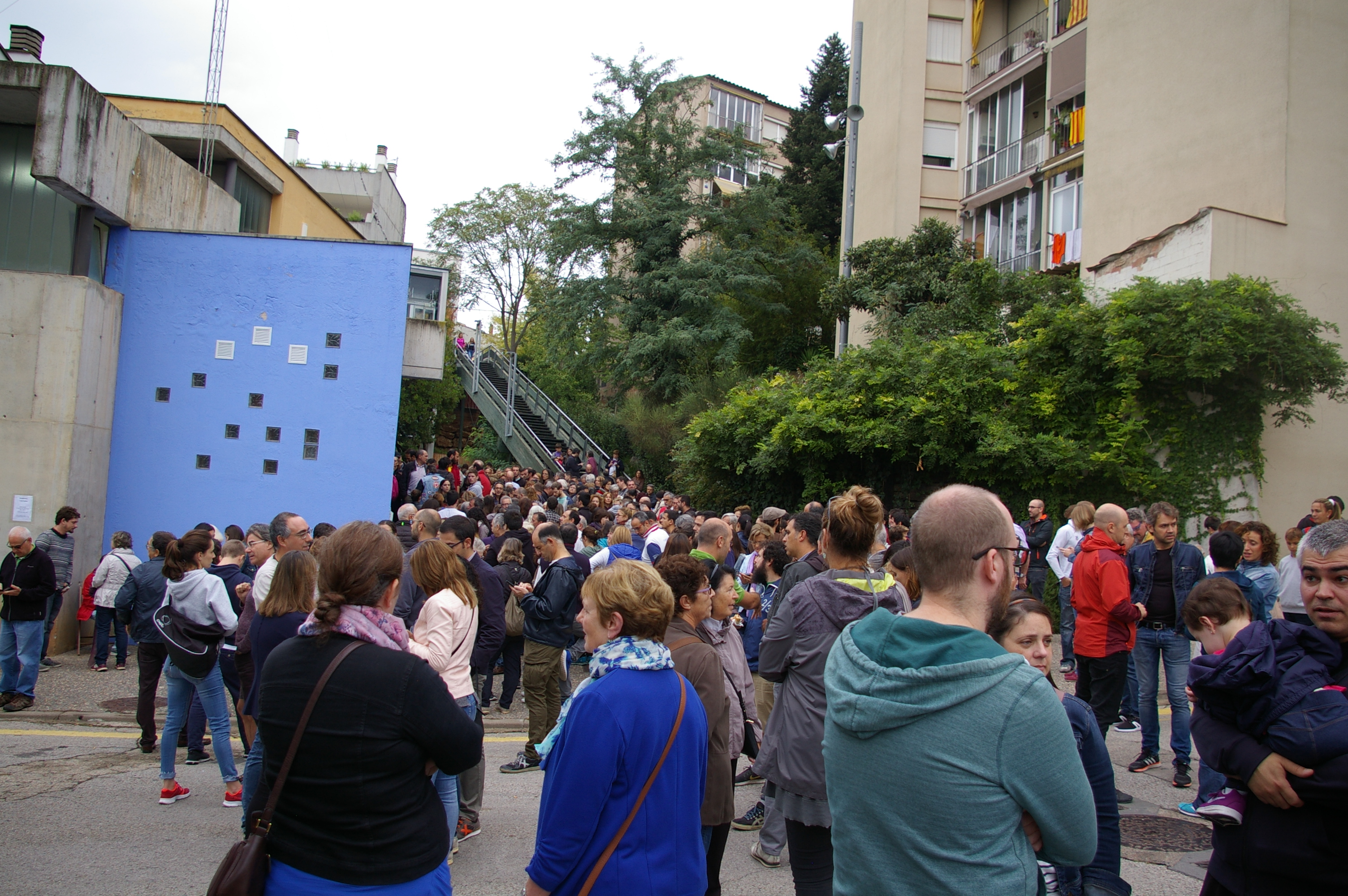 I met another Anna – who is half Basque, half Catalan – a mother of three sons. She couldn’t believe Scotland cared about this referendum and was amazed to be shown the front cover of The National from the day before (pictured below). We were introduced to her entire family and photographed for posterity. 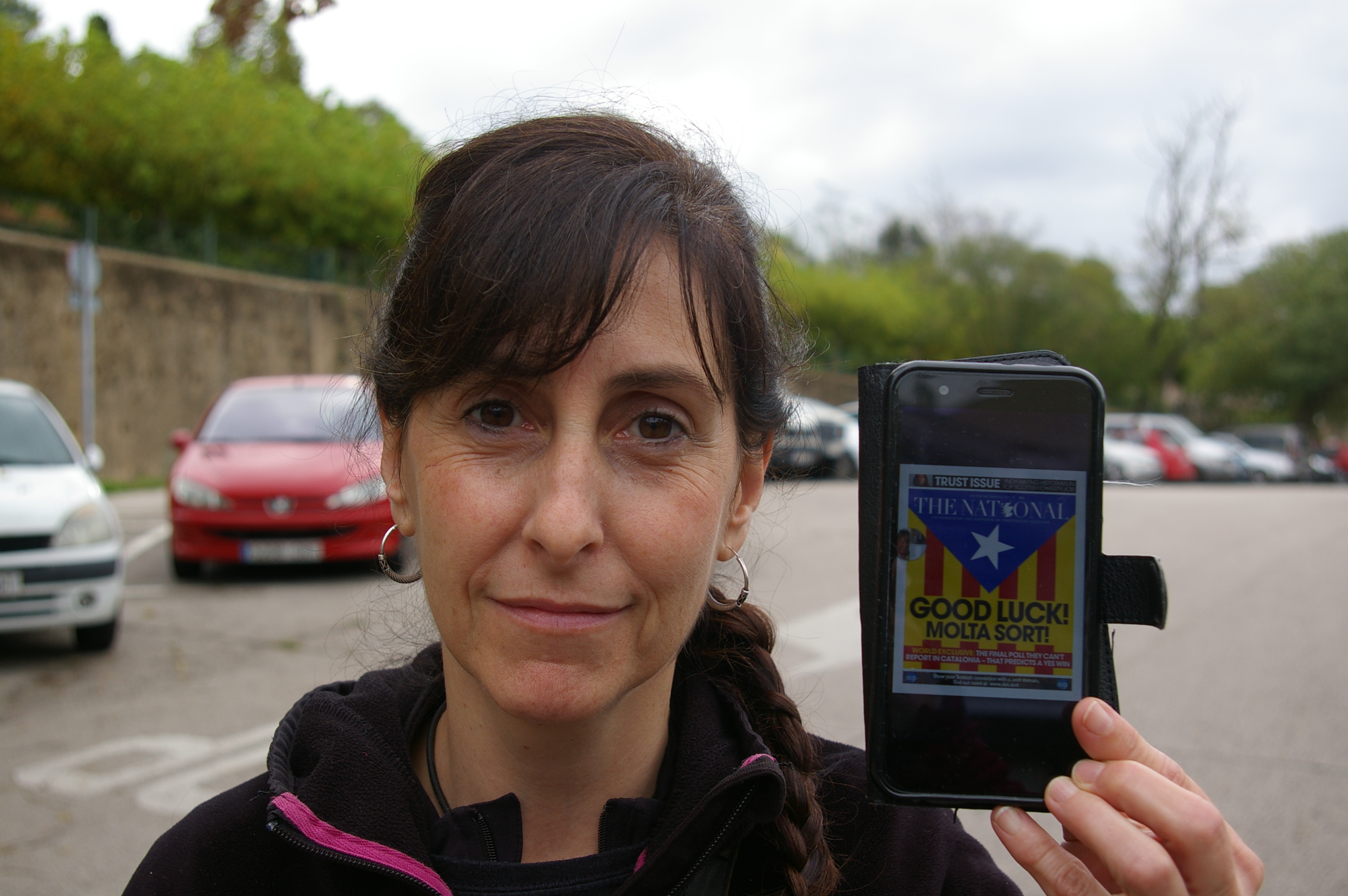 Pere, our new friend, explained that despite being taken over by the Guardia Civil, the Mossos would ‘do things their own way’. It is this that has led to their chief, Josep Lluis Trapero, being charged with sedition.

I asked Pere what was the worst that could happen.

Since coming home, he has emailed me to say he remembered being asked that question and to say: ‘We are very sad and shocked for what we saw last Sunday. I answered that we couldn't vote, but it was a far worst thing waiting for us: violence. I would have never expected that to happen in 21st century in a European country. I only can say shame!'

The Catalans were highly organised. When the government brought down the servers hosting the electoral registration details, it took only 20 minutes to transfer to another server. When one app was shut down, another popped up.

At every polling station we visited, older people were ushered to the front of the queue to vote before anyone else, and when they exited, they were cheered and applauded. There were many, many tears.

Our last day and night were spent in Barcelona and we joined both marches that day. Thousands upon thousands of peaceful demonstrators coming together in peace – ‘We have already won’.

‘Spain has lost – they used brutality and force,’ we were told repeatedly.

Never in any of my discussions did I hear any Catalonian express a desire to harm any Spaniard or Spain. Only one woman, in tears during our conversation during a march in Barcelona on Tuesday 3rd, admitted she had felt hate towards Spain as the Spanish government declared the referendum illegal, then sent in armed militia. But she quickly moved on to describe how her feelings of distress were transferred to the Spanish government, not the people.

Most definitely not the people.

Catalans want the world to hear the positives: they are peaceful, calm and determined. They do not hate. They want self-determination. They are grateful for the solidarity Scotland has shown. They know that our FM, Nicola Sturgeon, stepped up to the mark for them, the first leader so to do – ‘You ‘get’ us’.

We most certainly do.

Since coming home, I am heartily sickened by the developments: Spain’s increasing truculence to talk, and the complete lack of backbone from the EU. Now arrests of leading figures who are facing charges of sedition.

The world is watching, Spain and the EU – Scotland certainly is.