What is our voting system and how does it work?

We are a truly national women's organisation and so we make sure we reflect that through our voting system. There are twenty places on the National Committee.  Sometimes we have more than twenty women though as women can job share. 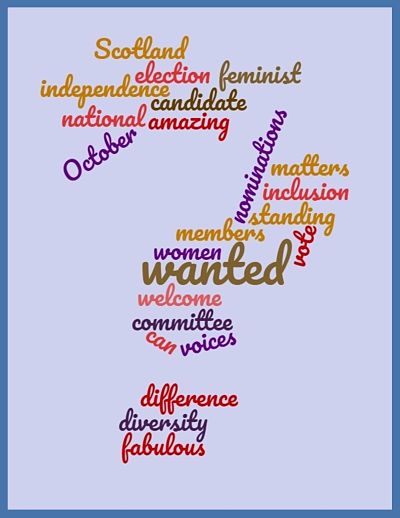 Women are all elected to serve the whole of Scotland but so we have women from all geographical areas of Scotland, we reserve sixteen places on the committee for women who live or work in Scotland's eight Scottish Parliament regions.  Two women from each region are elected.  The last four places are for women who were not elected through the regional places or who live outwith Scotland.

The eight regions are the same as the Scottish Parliament regions (and so relate to the same constituencies within those regions :  Central Scotland; Glasgow; Highlands and Islands; Lothian; Mid Scotland and Fife; North East Scotland;  South Scotland; West Scotland.

You can check what constituency and region you live or work in here.

How are women elected to the WFI National Committee?

Members vote for up to 20 women (a job share pair are one vote). Where there are only one or two candidates standing in a region then they would be elected automatically.  In that case, members would vote to elect the remaining women.

In this case you will see that we have one place left. That is because we only had one candidate for Central Scotland.  We will need to move to a by-election to fill that place and women who live or work in the Central Scotland region will be able to stand.

Sometimes women have to stand down after election but before the end of their term.  If we can fill the vacancy from the women who stood at the original election but were not elected then we will.  We only use a by-election to fill spots where no women on our original list qualifies.

Looking at our list, here are some examples of what would need to happen in various scenarios.